Recent history informs us that modern dental implants are extraordinarily successful. A large body of sound scientific research and decades of clinical use have verified and validated their usefulness in replacing missing teeth. Modern dental implants have been in use since the 1970s. Since that time they have undergone many improvements in design, but always with a variation on the same theme. However, dental implants for today’s patients were pioneered in Europe in the 1940s and 1950s. Their research was continued in the U.S. in earnest in the 1960s, which led to the development and acceptance of dental implants in general practice.

Mayan Use of Dental Implants

Even early civilizations recognized the benefit of tooth replacement with different kinds of implants. Dental implants have been tried almost since humans have been using technology. They date back hundreds if not thousands of years — with varying degrees of success. The earliest attempts at dental implant tooth replacements on record were discovered in the Mayan civilization dating back to 600 A.D. Archeologists have recovered ancient skulls in which teeth were replaced by materials ranging from carved stones, such as jade, to fragments of seashells. Despite primitive methods and materials, some of these early dental implants actually fused to the jawbone.

As with many scientific advances, the discovery of what makes current dental implants successful was certainly a result of tremendous ingenuity and courage. In 1952, an orthopedic surgeon, Dr. P.I. Branemark, noted that he could not remove a small titanium cylinder he had placed in a bone to study how bone healed. The titanium had fused with the bone. This special property that titanium has, called osseointegration (“osseo” – bone; “integration” – fusion or joining with), is the biological basis of modern implants’ success. 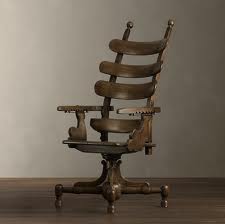 Many implant dentists refer to Dr. Leonard Linkow as the father of modern implant dentistry. Dr. Linkow graduated from dental school in 1952, then motivated by Dr. Cherchev from France, placed his first dental implant just four months later. By 1992, Dr. Linkow stopped keeping up with the number of implants that he had placed at over 19,000. He retired from private practice in 2002 after 50 years of dental implant practice, 17 books, and 36 patents. Dr. Linkow shared his knowledge freely and energetically all over the world.

An Italian medical doctor, Stefano Melchiade Tramonte, designed and began using a titanium screw to support his dental restorations on many of his patients in his clinic from 1959 after coming to understand that titanium could be used to support a dental prosthesis. The results of his clinical studies on humans were published in 1966. This was the start of a the development of dental implant development, mainly by implant dentists throughout the world. Many types of materials and many different and sometimes strange technical treatments have been applied over the following years.

Research in the United States

Contemporaneous independent research in the United States by Stevens and Alexander led to a 1969 US patent filing for titanium dental implants. Also important is the American engineer Tom D. Driskell. His groundbreaking work can still be found again in the products of the ingenious Bicon implant system.

Dental implants were first introduced for people who had lost all of their teeth and who had great difficulty stabilizing or tolerating dentures, largely because they had lost so much of the jawbone upon which dentures rest. It was well known even then that osseointegration is best in dense bone, generally in the front part of the lower jaw. However, as newer techniques were developed, implants have great success in all areas in either the upper or lower jawbone.

Today most implants are used to replace either single or multiple missing teeth. The implants first used in the pioneering system were basically a one-size-fits-all design. The original implants were all the same width (circumference) with only the length being variable. The original surfaces of the implants were machined smooth and polished, but still produced predictable success.

Modern implants come in a variety of shapes and sizes to suit the different teeth they replace, and for the types of prosthetic (false) teeth they will replace. Their surfaces have been improved to enhance the osseointegration process. Instead of being smooth or machined, they are generally roughened by sandblasting and acid etching, which dramatically increases the surface area to which bone can attach. Dental implants are often covered in a thin layer of material that mimics normal bone and enhances the attachment to bone. Some hip replacement implants are designed from the lessons learned from dental implant success, thus greatly improving the success rate and longevity of those hip implants. Much of this development was done at the University of Alabama Medical Center in Birmingham by Dr. Jack Lemmons.

Multitudes of patients, dental implant surgeons, and restorative dentists, owe a great debt of gratitude to the pioneers of implant surgery, that has brought so much joy and comfort to so many.

Web Development and SEO by: